As of 2012, EU citizens have had the right to apply directly to the European Commission with a European Citizens’ Initiative in order to propose a concrete legislative amendment.

To do this, a citizens’ committee must first be set up, consisting of at least seven members* from at least seven different EU countries. After successful assessment of the initiative by the European Commission, the Citizens’ Committee has one year to collect signatures.

The minimum number of signatures required for each EU Member State can be found in the Official Register of the European Commission[2]. It can be signed either in writing or online.

We see the European Citizens’ Initiative as a chance to engage for the extension of the Fins Naturally Attached Regulation in the European Union. Therefore, we need as many supporters throughout the EU as possible.

*Minimum voting age (usually 18 years, Austria and Malta 16 years, Greece 17 years) must be reached and you must not be a member of the European Commission. An entry in the electoral register is not required.

[2] Official Register of the European Commission on the European Citizens’ Initiative, https://ec.europa.eu/citizens-initiative/public/signatories, 2019

Initiators of the EU Citizens’ Initiative

“With this initiative we as citizens have the chance to speak out against illegal finning and catching of sharks purely for their fins. The trading of fins from Europe must stop!”

Nils is a shark conservation activist at Stop Finning Deutschland and scuba diving instructor. He has been diving with sharks around the world and experienced both their beauty and meaning for marine ecosystems as well as the threats humans pose to their existence.

“Sharks are the most underappreciated animals in the oceans, sheer perfection and beauty. The importance of sharks in the eco-system is fundamental in the survival of the oceans; we need to step up our measures to protect sharks.”

Alex is the CEO of Sea Shepherd Global. Through his work for Sea Shepherd he has witnessed first hand the devastating effects of shark fishing on shark populations worldwide. He has also had the privilege to dive with sharks in many remote areas.

„Many of these species have local or global protections and this petition and the legislation it represents would help really enforce measures put in place to preserve these rapidly disappearing sharks“.

Andrew is a marine biologist and university lecturer in the UK. Some of his recent research has shown that endangered sharks are on sale in the EU, including shark fins from beautiful animals such as hammerhead and mako sharks. 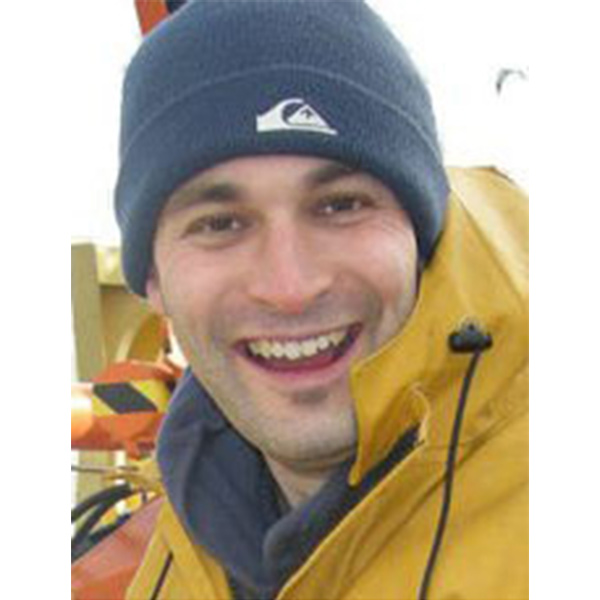 Julian Engel is a marine ecologist and fisheries analyst, who has worked in the context of illegal fishing in Honduras, West Africa and South-East-Asia. His work incorporates not only the ecosystem but also the integration of socioeconomics in sustainability.

As the co-founder of the NGO Stop Finning, he creates advocacy on the crucial role that sharks play in healthy ecosystems and the sustainability of our oceans. 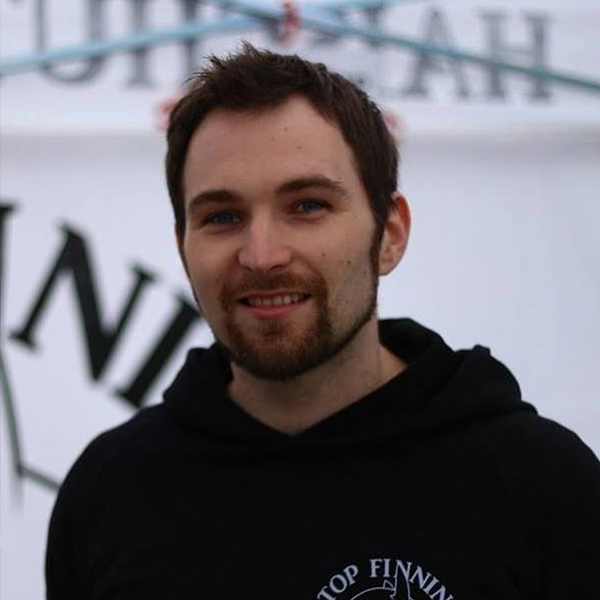 „Shark numbers all over the world have been decreasing for decades. Most species take many years to reach sexual maturity and reproduce, making these animals particularly vulnerable to overfishing. For many years now the EU has dismissed scientists’ warnings and recommendations, but that has to stop. I joined this initiative because sharks need our help and I believe stopping the fin trade is a step in the right direction. Together, we can do it!“

Luís Alves has an MSc in Applied Biotechnology and is a biology PhD candidate at the Faculty of Sciences of the University of Lisbon. His research is focused on the study of the effects of pollution in sharks found in Portuguese waters. He has also worked as a fisheries observer and is the current president of the Portuguese Association for the Study and Conservation of Elasmobranchs (APECE). 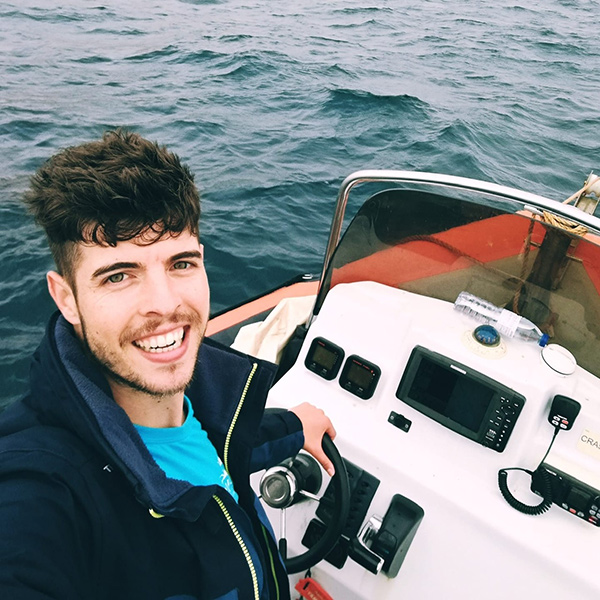 „Since a couple of decades, and especially due to an increased market demand for shark fins, overfishing and many other human activities, many sharks species have been driven to the rim of extinction. I believe we all must do our best to create awareness as of the importance of sharks for the balance of all marine biodiversity and, consequently for the entire planet.”

Conservationist, environmentalist, shark expert, specialised in shark diver training and in shark advocation. Fernando Frias Reis is the Founder and Executive Director of the Sharks Educational Institute which he founded in 2016. 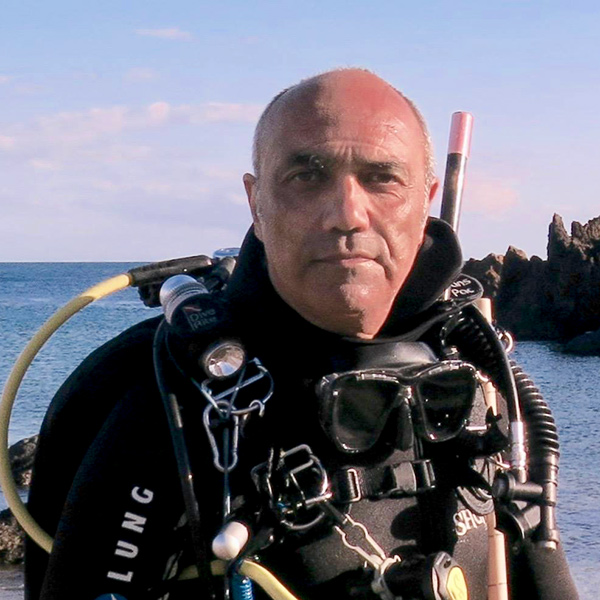 Chrysoula is a molecular biologist who is based at the Fisheries Research Institute (FRI), Nea Peramos, Greece. Dr. Gubili gained her PhD in the population genetics of the Great White in 2009 and has a very longstanding interest in chondrichthyan biology.

She is a newly appointed researcher at the FRI and she has been recently appointed as head of the “Elasmobranch Database” of the Greek National Program of Data Collection in the Fisheries and Aquaculture Sectors for the Northern Aegean Sea. 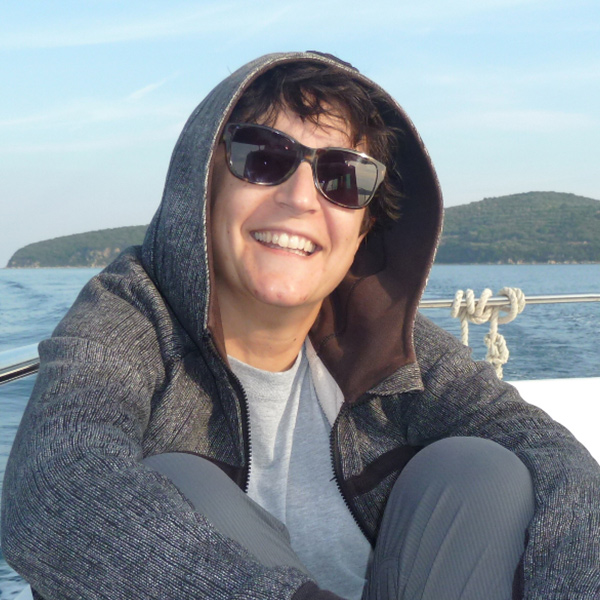 Monica is in the process of finishing her Master’s in Aquatic Ecology at Lund University (Sweden) and has mainly focused on marine environments.

She is fascinated by the ocean and all the life found within. She supports the citizens’ initiative because sharks are misunderstood and feared, but in truth they are of the utmost importance to marine life and ecosystems, and they should not disappear simply because humans are greedy. 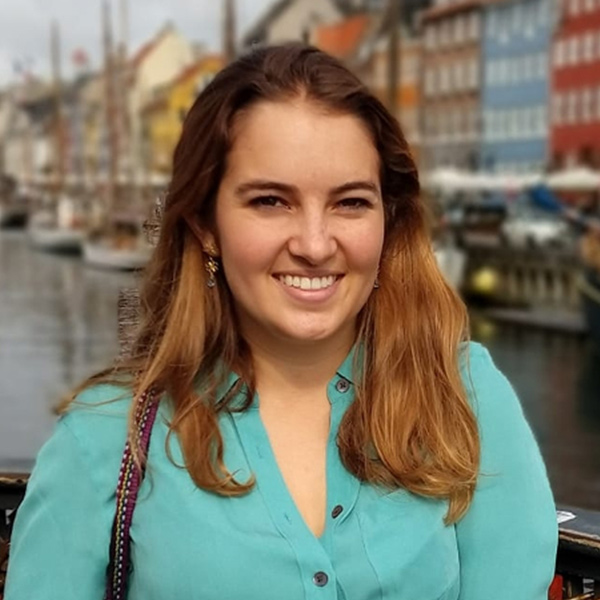 Veerle is a diver, ocean lover and sharks are on top of her bucket-encounter-list: Diving is her religion, the ocean her church and sharks are the chief priests.

She has been working with many organizations (Shark Angels, Sea Save Foundation and others) and has her own: The Global Shark Conservation Initiative, which has initiated many letter campaigns to authorities, supermarkets and restaurants in order to get more protection for sharks. This campaign is important to her, as we should do everything within our power to stop sharks from being slaughtered at today’s rate. 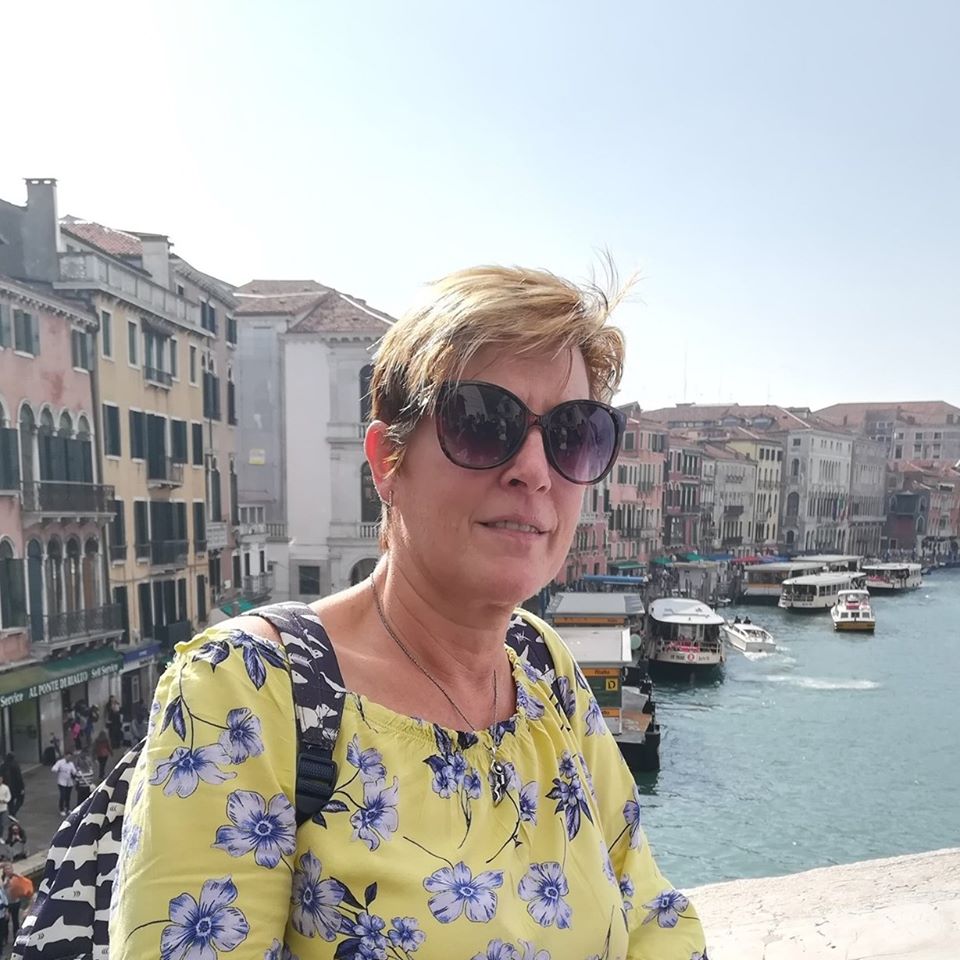 Katrien Vandevelde is a passionate diver with the soul of an activist.

Over the last 15 years she has worked as a board member, a communications officer and a volunteer for multiple NGO’s, where she initiated and implemented, or assisted in the execution of grassroots projects. Then, along with her husband, she founded BlueShark Conservation, an NGO focussed on raising awareness and on assisting international NGO’s during their shark or ocean conservation campaigns. 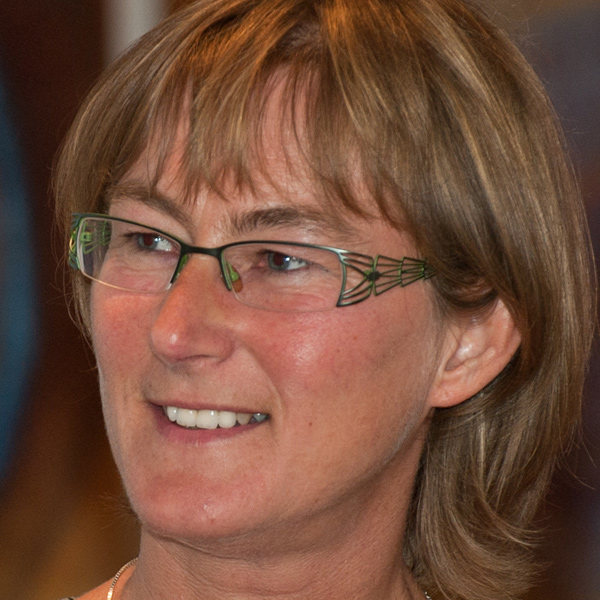