“Finning” is a brutal practice used in fishing on the high seas. Sometimes the sharks are hunted selectively, but increasingly Finning is being practiced with the “unwanted by-catch” of tuna and swordfish fishing. Immediately after catching the sharks all the fins are cut off and the remaining carcasses thrown back into the sea. During this mutilation, the animals are usually fully conscious, and, no longer able to swim, sink to the seabed where they bleed to death or suffocate.

Finning is an unselective  fishing method that does not take into account the species, size or age of the shark. The main attraction is the greed for profit. Due to this “space-saving” method on board, significantly more fins can be stored than when the whole shark body is transported. This by-catch is also seen to be an unnecessary ballast – as well as all those other species which are caught along with the sharks on the countless bait hooks, “longlines” caught, which float around for miles in our oceans.

Every year, around 73 million sharks die solely for their fins, which are considered to be  a highly desirable ingredient in shark fin soup, especially in Asia (China, Hong Kong, Taiwan, Thailand) [1]

Every year, however, up to 273 million sharks die in our oceans. The exact numbers remain speculation, as there is a lack of reliable data and the worldwide number of unreported cases of illegal fishing is extremely high. [2] As a result of this massive overexploitation, the marine ecosystem is in danger, since sharks create a state of balance  through their role as top predators. 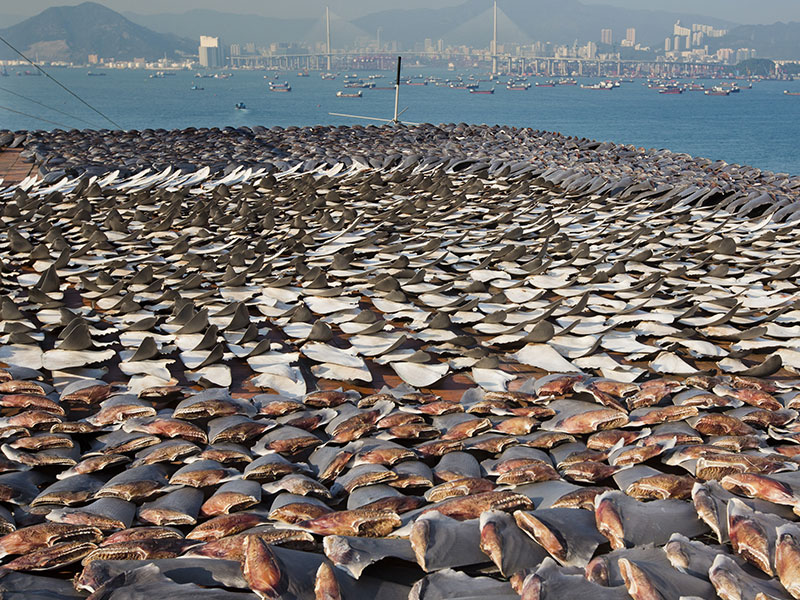 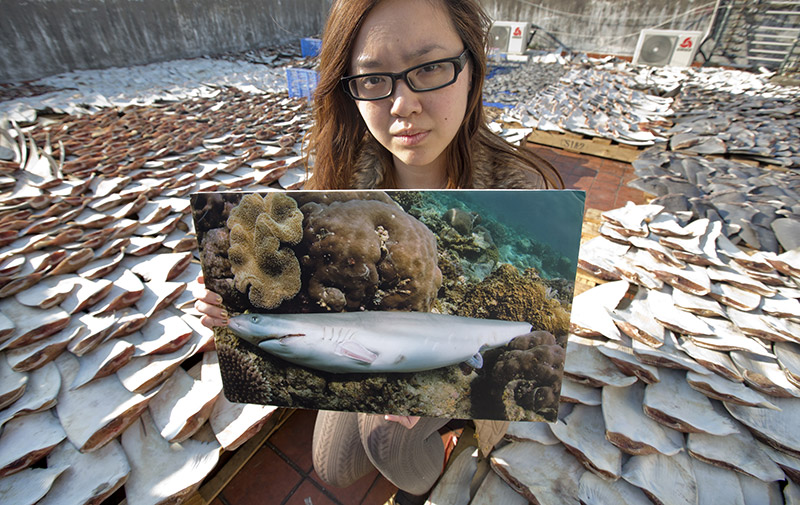 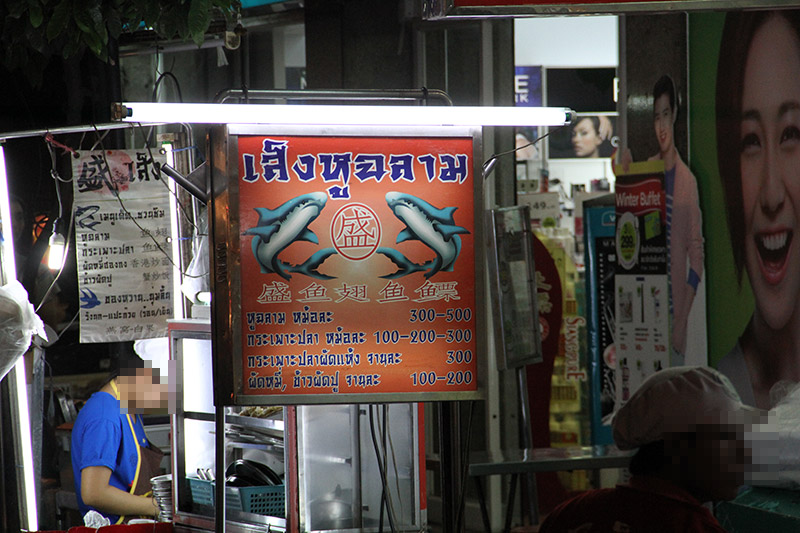 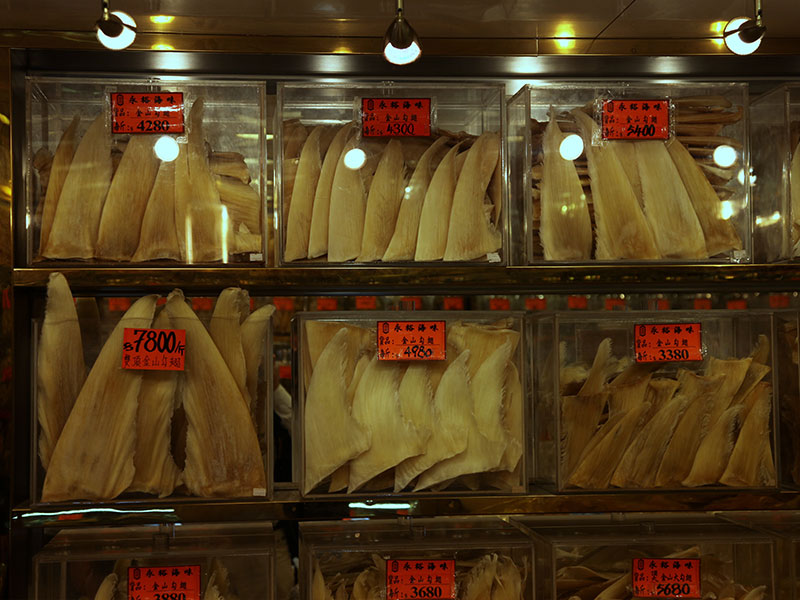 Why are fins traded?

Sharks have been roaming the seas of our world for over 400 million years. Over this period, over 500 known shark species have perfected to become the top predators in the sea. Their task is to regulate other fish and marine life, thus rendering them immune to a variety of diseases.

The mistaken belief that these evolved powers could be transferred to humans through the consumption of shark meat further stimulates the demand for shark products: The fins of sharks are therefore considered a high-profile ingredient in shark fin soup. It is considered a delicacy at Asian weddings, company parties and birthdays and can cost up to several hundred euros per bowl. The fin is cartilage tissue and thus completely tasteless, and is “improved” with chicken broth.

In contrast, scientific facts drawn from numerous studies have verified that shark meat is heavily contaminated with methylmercury. Methylmercury,even in small doses, can be dangerous for humans, which is why consumption is strongly discouraged not only for ecological but also for health reasons. [1]

Who are the main consumers of shark fins?

The vast majority of shark fins are destined for a relatively small number of regions in East and Southeast Asia, such as China, Hong Kong, Taiwan, Singapore, Malaysia and Vietnam. [1]

Over 50% of the world’s shark fin trade passes through Hong Kong, but since 2011/2012 there has been a sharp drop in shark fin imports. The reasons for this are probably a decline in demand and the decimation of shark populations. On average, Hong Kong re-exports 64.7% of imported shark fins, in the past mainly to China, since 2008 primarily to Vietnam. This is due to the cheaper packaging and processing of shark fins in Vietnam, as well as tax reasons. However, there are also indications that shark fins could be illegally imported from Vietnam to China, which would simplify trade in CITES-listed species (whale shark, basking shark, great white shark, white-tipped high shark, bowhead hammerhead shark, smooth hammerhead shark, great hammerhead shark, porbeagle shark, silk shark, Pacific fox shark, bigeye fox shark, common fox shark). 2] Data indicate that CITES-listed species are often imported without documentation. [3]

New data show that the shark fin market in Thailand, Malaysia and Japan has developed very significantly in the trade of smaller shark fins of lower value. Hong Kong and China are mainly trading large fins of high value. 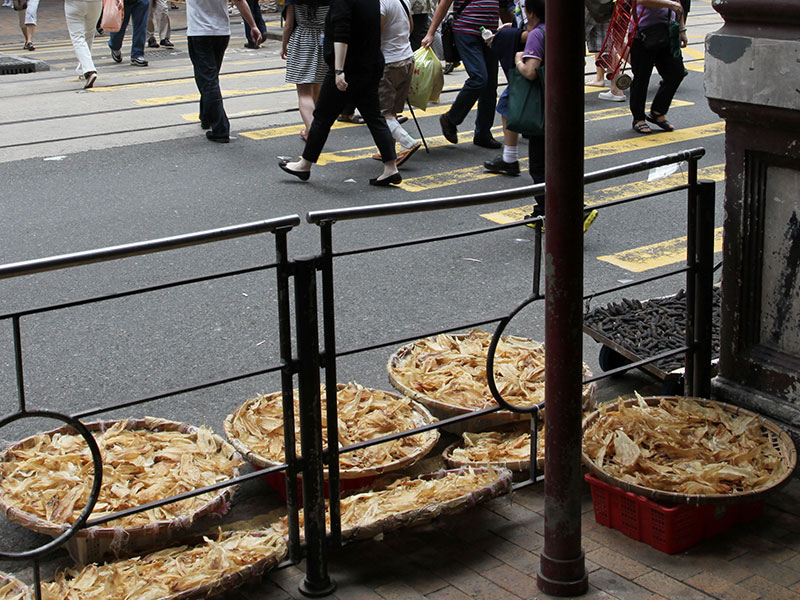 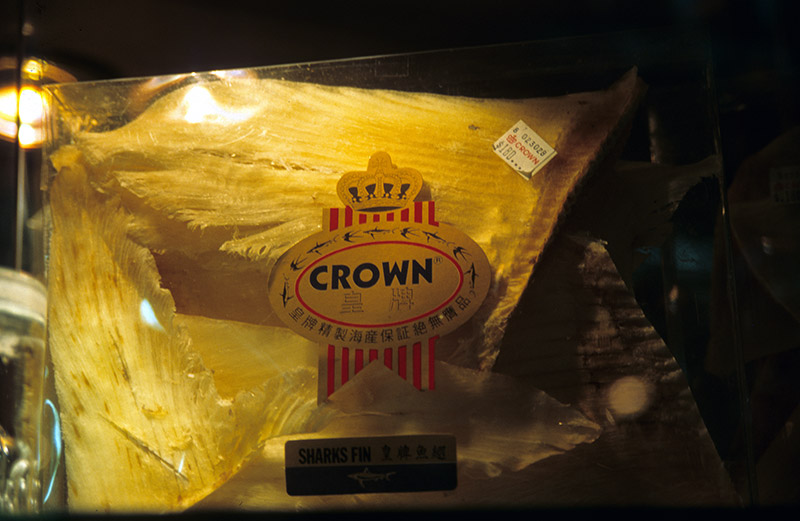 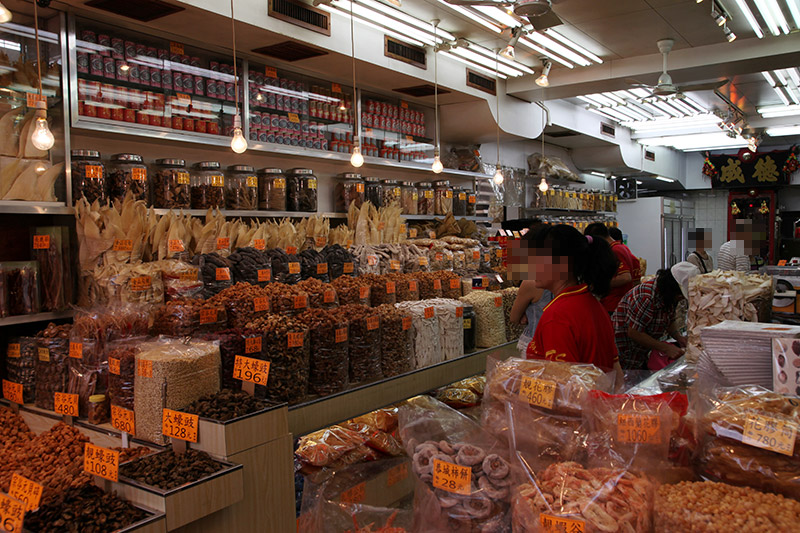 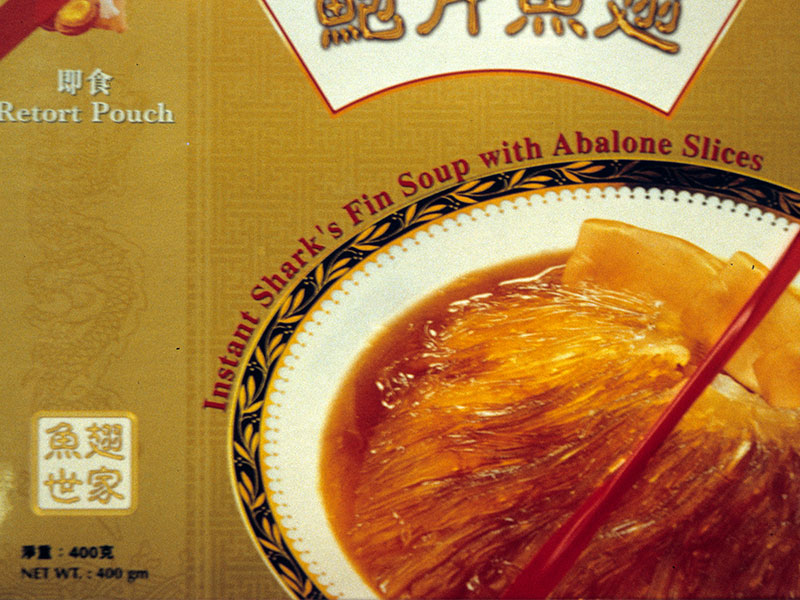 Shark fins – the gold of the seas

The shark fin soup is not popular because of its exceptional taste, since the cartilage tissue itself is completely tasteless. For this reason, the dried fin is cooked in a chicken stock, which gives the soup its flavour.

Shark fin soup is a symbol of prosperity and a sign of respect and acclaim. Depending on the type of shark, the fins have a different price per kilogram.

The world’s largest customer on the Asian market is Hong Kong. There you can find shark fin soup on the menus of the luxury restaurants with prices between 120€ and 400€ per bowl.

During the Chinese imperial period, shark fin soup was regarded as the “golden dish of the imperial table”. The shark was considered an exotic, hard to catch animal which could only be prepared by the very best chefs. In China shark fin soup was therefore regarded as a traditional status symbol and luxury commodity of the then small upper class.  As a result of on-going Chinese industrialisation, however, the wealth of the entire population is increasing. The upper and middle classes are growing. In addition, China is the most populous country in the world with about 1.4 billion people (as of 2018). As a result of this development, demand for shark fin soup, which is still regarded as a status symbol, is also rising rapidly.